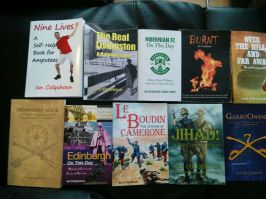 Ian's books - All are available on Amazon Kindle and on paperback from Amazon and from all truly good bookshops! If you'd like a signed copy via paypal, get in touch.

From near-extinction to cup-final triumph, this is the story of the team which is remembered by Hibs fans as 'the team that would not die'. From Oblivion to Hampden is the tale of one of the most remarkable cup runs in Scottish football history, as Hibernian Football Club, having survived a hostile takeover by city rivals Hearts in 1990, a dreadful season in 1990/91 and summer spent in administration in 1991, bounced back from the brink of death to fight their way to Hampden glory a few months later. It was a courageous and memorable cup run that nobody, not even Hibs' most optimistic fan, could have envisaged a few months prior to the final. The story begins with the club's attempt to emulate the glory days of previous decades via an ill-fated experiment on the stock exchange in the late 1980s and culminates in the unexpected triumph which followed. With a foreword by Hibs statistician Bobby Sinnet and exclusive interviews with cup heroes Keith Wright, Tommy McIntyre and Mickey Weir, as well as an interview with Sir Tom Farmer and input from current board members, this book examines a crucial period in history at Easter Road. Find out more and buy here. 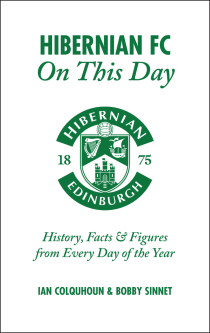 Hibernian FC - On This Day. Co-authored with fellow Hibby Bobby Sinnet. It's a dippable diary full of snippets about Hibs in an 'On This Day' format, with a story or two for ever date of the year. Foreword by former Hibs striker Tom McManus, photos courtesy of Evening News. Available everywhere.

Find out more and buy here.

'Edinburgh - On This Day' revisits all the most magical and memorable moments from the city's fascinating history, mixing in a maelstrom of quirky anecdotes and legendary characters to produce an irresistibly dippable Edinburgh diary - with an entry for every day of the year. From the important decisions that have moulded the city's very appearance to the 'white elephants' that promised much but faded into obscurity; from famous events and sporting triumphs to near-farcical court cases - here are the people, crimes, pollution, crises, murders, battles, strikes, pubs, tragedies, scandals, newspapers, bands, footballers, politicians and royals that have shaped this incredible city's history. Edinburgh is a city of culture, music and innovation, a city of sport and new beginnings, a city of education and spirituality. Read Edinburgh On This Day, and you'll discover hundreds of things you never knew you needed to know about Scotland's historical, mysterious and inspirational capital. AVAILABLE FROM ALL GOOD BOOKSHOPS, FROM AMAZON, AND ON KINDLE.

My new book 'Le Boudin - The Demons Of Camerone' has just been released on Amazon and Kindle, and in all good bookshops. Yes, I know 'Le Boudin' the song wasn't adopted by The Legion until later, that's kind of the point of the book.

It's the first ever historical story novel written about France's, and indeed history's, most heroic last-stand action - the legendary stand of 65 French Foreign Legionnaires under the one-handed Captain Danjou, against nearly 3000 Mexican soldiers at Camerone, Mexico, in 1863.

Brought into the English language for the first time, it would potentially also be a huge hit-movie not only in France and Mexico, but in the USA and the UK, as some of the backstory, and main characters, are set in or from Ireland, Scotland, England and America, as well as France.

Camerone is France's most famous battle - my wee book should be the basis for a film about it, one day, I hope.

The French Flag on the back cover is deliberately on its side, as my wee protest against what was the subversion of France's Republic by The Empire at the time.

As Victor Hugo wrote in an open letter to Mexico's people, while he was in exile on the Channel Islands:

'The Real Livingston - A Kaleidoscope' is a new social history book about the town, written in a new and interesting way, and devoid of  the rose-tinted perspective that all previous books about the town have suffered from. Also features interviews and articles with local celebrities and politicians, as well as a multitude of contributions from ordinary Livingstonians. Available NOW on Amazon, Kindle, and in all good bookshops.

'Jihad - Battle for The Sudan' is an action-packed historical novel set against the backdrop of the Anglo-Egyptian War in The Sudan in the late 19th Century. Beautifully illustrated by May Yang and Martin Symmers, it also features a reference section. It views the conflict from all three 'sides' i.e, Egyptian, Sudanese and British. Unlike most books written about this episode in history, the Egyptian army isn't ignored or sidelined in the story, in this war which many consider to have been the first modern Jihad, and which shares many similarities with current 'western' interventions in the Middle-East. Available on Amazon, Kindle and in all good bookshops. 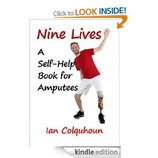 'Nine Lives - A self-help book for amputees' is an inspiring, interesting collection of true-life stories about real people whose lives have been affected by limb-loss or limb-absence. Nine people, Nine Stories, Nine Lives. Ideal for amputees or their friends and family, or indeed for medical professionals, or even those who just enjoy reading true-life stories. Available NOW on Amazon, Kindle, and in all good bookshops.

'Burnt' is a gripping survivor memoir, once featured on TV'S 'Richard and Judy book-club' , and was Ian's first book. It is available on Amazon and in all good bookshops. Also now available on Kindle.

'Drummossie Moor - Jack Cameron, The Irish Brigade and the Battle of Culloden' is an illustrated novel which also features a handy educational section. Illustrations were by Martin Symmers. It tells the less-well remembered story of the Irish Brigade of France's detachment which helped the Scots and  covered the retreat of the routed clans after Culloden. Told through the eyes of an ordinary Jacobite officer, it bucks the trend of most books about the Jacobite Risings, which tend to deliberately ignore the role of Irish troops and even that of Ireland itself in the conflict's wider sphere. Available on Amazon and in all good book shops. Also now available on Amazon Kindle. 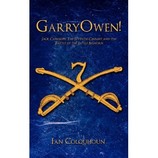 'Garryowen' is a good old fashioned frontier yarn based on real events relating to The Plains Indian Wars, and mostly focused on the ordinary fighting men of the 7th cavalry. It is also an intelligent dig at some of the earlier fantastical versions of the events published in the days before proper research. As well as the novel, it features an educational section, and is beautifully illustrated by Martin Symmers. Available on Amazon and on Amazon Kindle.

'Over the hills and far away - The ordinary soldier' is a collection of true-life stories about ordinary soldiers and their experience of army life and how it has affected their lives. From a man who guarded Japanese war criminals after WW2, right through to the present day. The poppy on its cover symbolises the futility of war and the sacrifice in blood of the working classes who fight the rich man's wars. Available on Amazon and on Amazon Kindle.